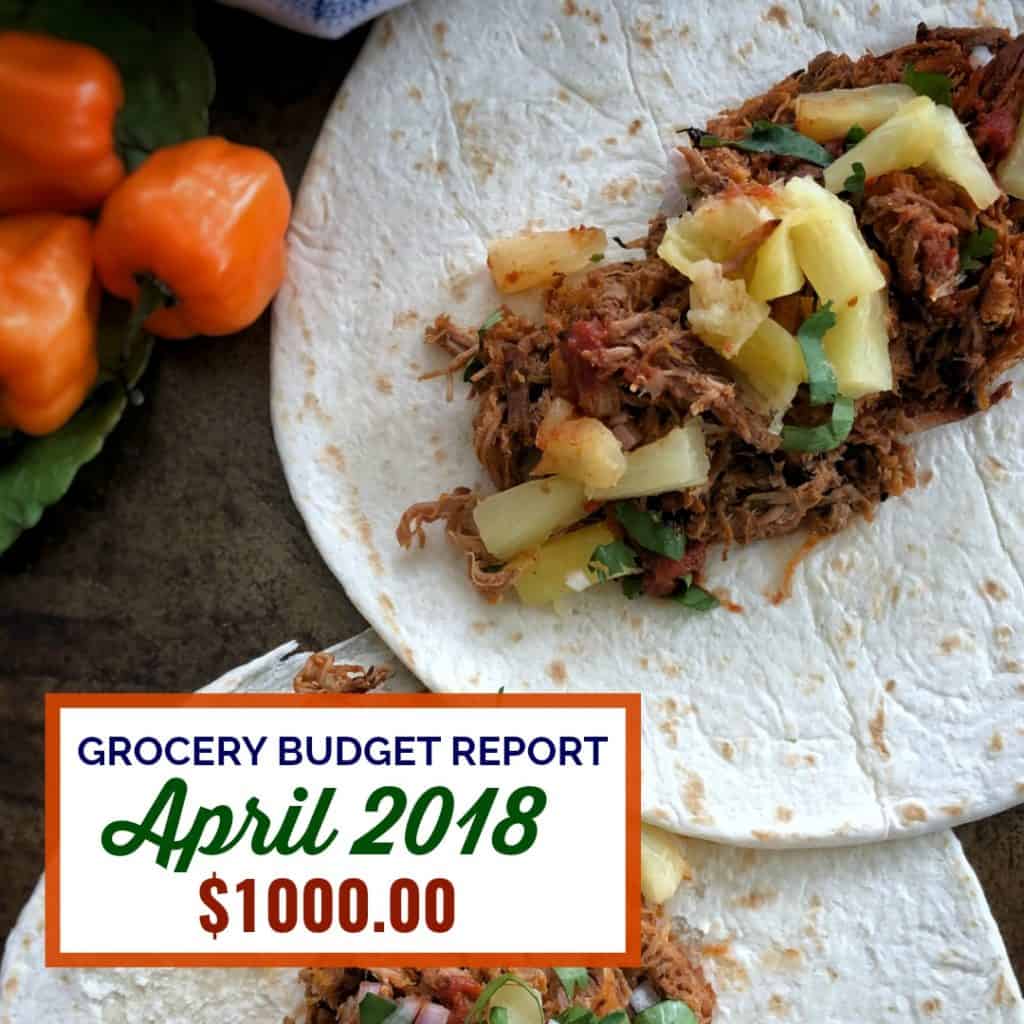 I mean, it's pretty funny that I even call them grocery budget reports as it probably should be more like food spending reports. The truth is, I would like to keep our monthly dining and grocery spending $700 or under which seems like a lot for 2 people, but we definitely have gone over every month because of all the "life things" that have gone down.

After I posted my initial report, a lot of people asked me if I could do breakdowns of what we actually spent and on what. Although that would be a lot of work, I think I am going to give it a whirl!  But, I think I will do that in May since April was about to be over since I posted initially.

Notable Things That Happened in April:

Ok, so yeah we spent $1000 on the DOT! I have mixed feelings about this. I know that the Whole Foods shopping trip needed to happen, but the fact we spent that much on dining out even though it was completely warranted feels kind of weird. I guess it's also because I am a chef and I make food for a living so I know how much things really cost to make myself. Either way, we enjoyed our month and we know that we can save a huge amount just keeping that in check! I'm excited to see how May's grocery budget falls as we are starting the month pretty well stocked!

Valerie Skinner is a personal chef & recipe developer that bridges the gap between healthy eating and busy lives by providing simple healthy meals and recipes for you and your family.

Thyme and JOY is a parnter with the Whole30 Approved program. For more information about the Whole30 reset and Personal chef services in charleston check out these links:

Valerie Skinner is a trained natural foods chef and recipe developer. Her specialty is showing you how to get healthy food on the table fast using your favorite kitchen gadgets & tools to make the kitchen fun and approachable.